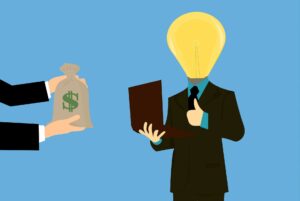 What do these salaries tell us?  They say that we have a summer “Salary War” on our hands.  As the pandemic appears (hopefully) to be fading and allowing us to get back to the office, many Big Law firms seem to be compensating associates’ hard work and sharing in some of the legal industry gains that materialized during the pandemic.

The question becomes, however:  Is top compensation enough?

It seems that Big Law is doing what most employers do when they want to keep their top talent under their roof – they give employees a raise.  But what about that old maxim, “money doesn’t buy happiness?”

In this article, we are going to discuss the question of whether top Big Law salaries are enough to keep attorneys happy and willing to put in those extended hours at the office.  You will find in our discussion that the phrase “money doesn’t buy happiness” rings true, though actual happiness in the legal industry can be as easy as “ABC.”

Does Money Buy Happiness and Loyalty?

There is no question that top salaries are the reason why Big Law firms are able to secure some of the most talented young lawyers coming out of law school, and why many attorneys seek to lateral into the Big Law game.  Yet, some important research shows that money’s ability to motivate is a far more complex equation.

Some research shows that there may be very little, or only short-term, benefits from a higher salary.  That is because humans are adaptable creatures.  At the outset, a significant monetary raise will, indeed, result in an attorney’s happiness and loyalty to the organization.  However, that glow will invariably last for only a short time.  As with most things in life, people become accustomed to the “new normal.”  In short, we adapt.  So, whether it is a higher salary or better bonus, the thrill is only temporary.

Other research goes even farther, finding that higher salaries may impede happiness and hurt productivity.  One example of this research focused on blood donation.  The study found that people who were paid to give blood actually gave less blood compared to those who voluntarily gave blood because it simply felt good to do so.  In other words, taking an interesting task and motivating the worker with money could result in less innovative, less creative thinking.

Yet, if money is not a good motivator, then what is?

But What About the Prestige of Money and Status in a Big Law Firm?

You might be thinking that Big Law would not be having a “Salary War” if all attorneys needed were the “ABCs.”  Yet, that would be missing the forest for the trees.

At this moment in time, Big Law firms are competing with one another to entice top talent from schools and other firms.  Money is typically that “big shiny object” that accomplishes that goal.  The goal of enticement, of selling a firm to a prospective candidate, however, is not the same as the goal of keeping attorneys motivated and loyal once they get there.  When it comes to those more long-term, long-lasting goals, Big Law firms seem to drop the ball a bit because money has little to no effect.  It’s all about the ABCs.

For those of you who are looking to make a lateral move to Big Law, particularly now that salaries are going up, remember this article as a cautionary tale.  You may be elated with that big salary when you start.  But the things that make you want to go into the office a year from now are, without question, autonomy, belonging, and competence.

So, when you are interviewing for that new position, you may want to have questions prepared that will reveal how much autonomy there is when completing assignments (A), whether affinity groups exist (B) and, if developmental opportunities or stretch assignments are offered (C)