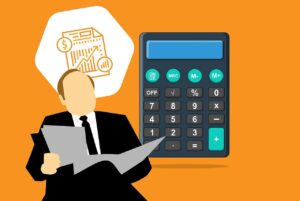 At the end of last year, when Covid was still a prominent factor on the minds of all corporations, many companies decreased the size of their legal department budgets.  It was a move that was designed to deal with the shock to the economy caused by the pandemic in 2020, and to hedge against continued unpredictability into 2021.  The problem, however, was that in the face of shrinking budgets, the workload handled by in-house departments did not diminish.  In many cases, in-house attorneys and staff were called upon to take on a heavier workload.

Now that we are midway through 2021 and the impact of Covid has changed in light of an ever-increasingly vaccinated public, you as GC may want to check back to your 2021 budget.  You may see whether you can, or need to, make adjustments.  Given that many in-house counsel feel burdened by the same or increased workload under smaller budgets, it seems like a good time to re-evaluate the budget-workload gap.

To assist you, we will discuss in this article two new surveys just released that address the budget-workload gap.  We will also cover the gap’s impact on in-house attorneys and staff, and provide some suggestions on how to mitigate potential legal department issues.

At the beginning of this year, EY Law and the Harvard Law School Center on the Legal Profession surveyed more than 2,000 business leaders, half of which were in legal departments, covering 17 industries and 22 countries.  In April, they released their results.

The survey results show that, overall, GCs expect 25 percent greater workloads in the next three years; yet, at the same time, 88 percent of GCs expect budget cuts to their departments.  Indeed, this trend began several years ago.  In 2019, companies with more than $20 billion in annual revenue sought to cut legal department costs by 11 percent, and in 2020 that the budget cuts increased to 18 percent.

Some other interesting findings from the EY and Harvard surveys include:

The Burnout from a Shrinking Budget and an Unchanged Workload

While budget cuts are anticipated in the near future, general counsel need to keep an eye on the human capital in the legal department.  Simply stated, asking in-house lawyers to “do more with less” could take its toll on staff morale and could lead to unwanted turnover.

As we all know, there was a time when “going in-house” was seen as a respite from Big Law, and a place to find some work-life balance.  This last year of remote work, however, has changed that mindset for in-house attorneys.  Over the last year, the blurred boundary between work and home has left many in-house counsel burned out.  In fact, a recent Bloomberg survey found that both in-house and law firm lawyers work more than 50 hours per week and say they are burned out more than a third of the time.

What Can General Counsel Do?

In order to keep great talent while struggling with the budget-workload conundrum described above, general counsel have a few options.  First and foremost, GCs should advocate for bigger budgets to hire additional staff and/or invest in legal technology.  Of course, because legal departments are typically cost centers rather than money makers for corporations,  bigger budgets can be a tough sell. It is for this reason that GCs need to make a compelling case for the value delivered by their legal teams. Consider quantifying the value of transactions that were closed. If litigation was settled or otherwise disposed of, that too has value to a company and can be quantified.

In the meantime, GCs may also want to consider taking advantage of whatever legal technology the department can afford.  Also, some creative budgeting can create some opportunities.  For example, instead of hiring three more attorneys into the department as planned, consider hiring only two attorneys and one project manager or legal technologist.  In that way, the non-attorney staff member can help you capture significant data and technology benefits at a slightly lower cost, and thus take pressure off of the budget.

Finally, GCs should not forget about the possibility of burnout.  When the prospects of a bigger budget or better tech are low, GCs can still help their teams with one simple tool – trust.  Rather than micromanage or project discomfort with the budget-workload conundrum, GCs should simply have trust that the team will do what it takes to get the work done.  What tends to happen is that people, given the trust of leadership, will rise to a challenge, innovate, and even exceed expectations.